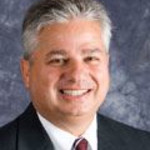 Dr. Carl Raso graduated from St. Georges University School of Medicine in 1982. He completed his Internal Medicine Residency at Yale University, Norwalk Hospital. Dr. Raso completed his Gastroenterology Fellowship at Columbia University College of Physician and Surgeons, Harlem Hospital in 1987. During Dr. Raso’s Gastroenterology Fellowship, he authored “Transnasal Cytology for The Diagnosis of Candida Esophagitis in AIDS” and “A Review of Tuberculin Peritonitis in the United States”, which were both accepted for publication.

Dr. Raso has been the Medical Director of Ocean Endosurgery Center since 2006. He is also currently a member of the Board of Trustees for the St. Barnabas Healthcare Corporation.